I've Got The World on a String

Antique world globes are a favorite of ours and we buy them when we see them to upgrade our collection or to sell onward.

I thought you would enjoy seeing photos of a tiny wood and paper globe that is also a string holder.  This makes it a collectible that spans two groups--sewing collectors and globe collectors. 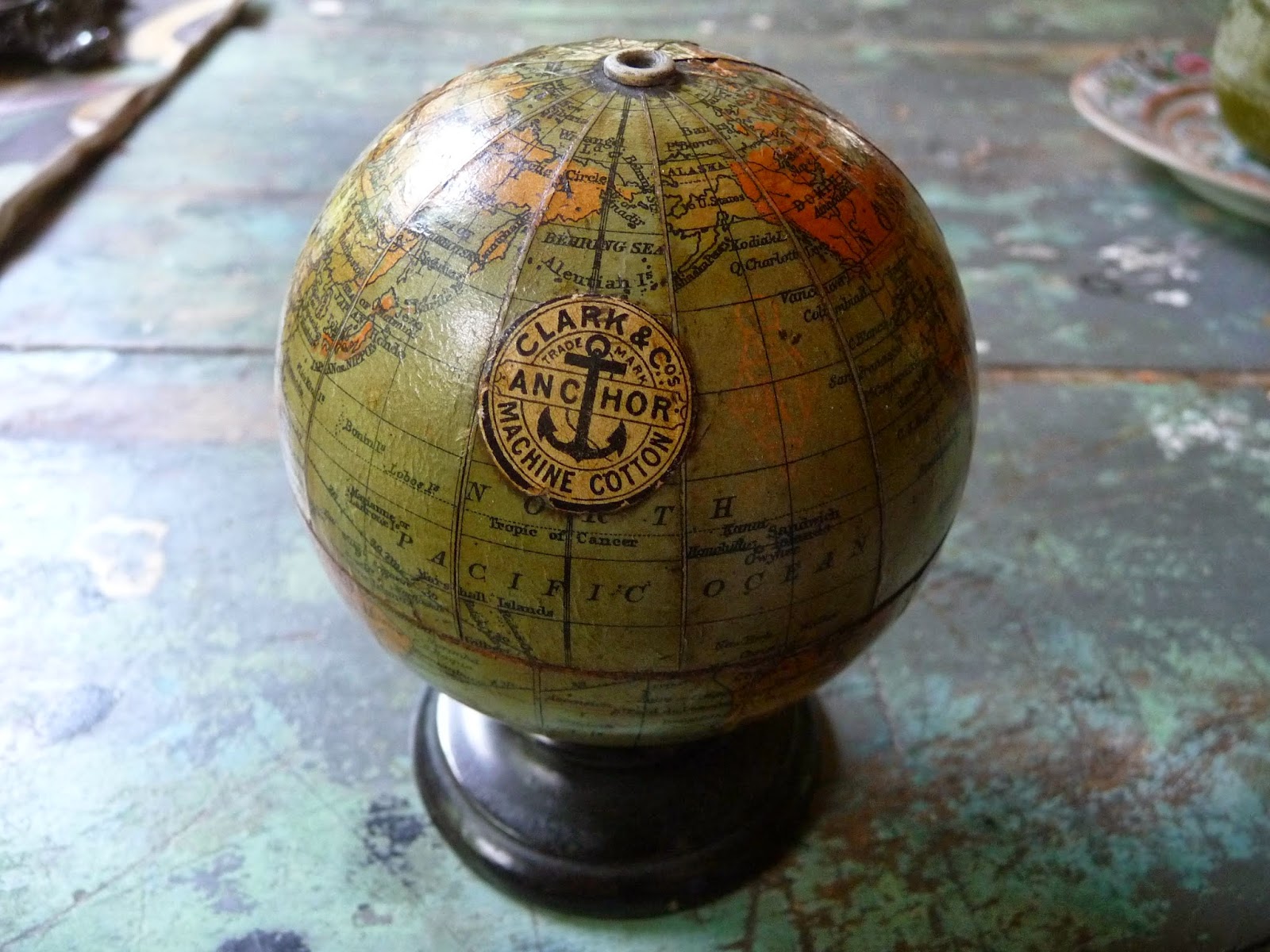 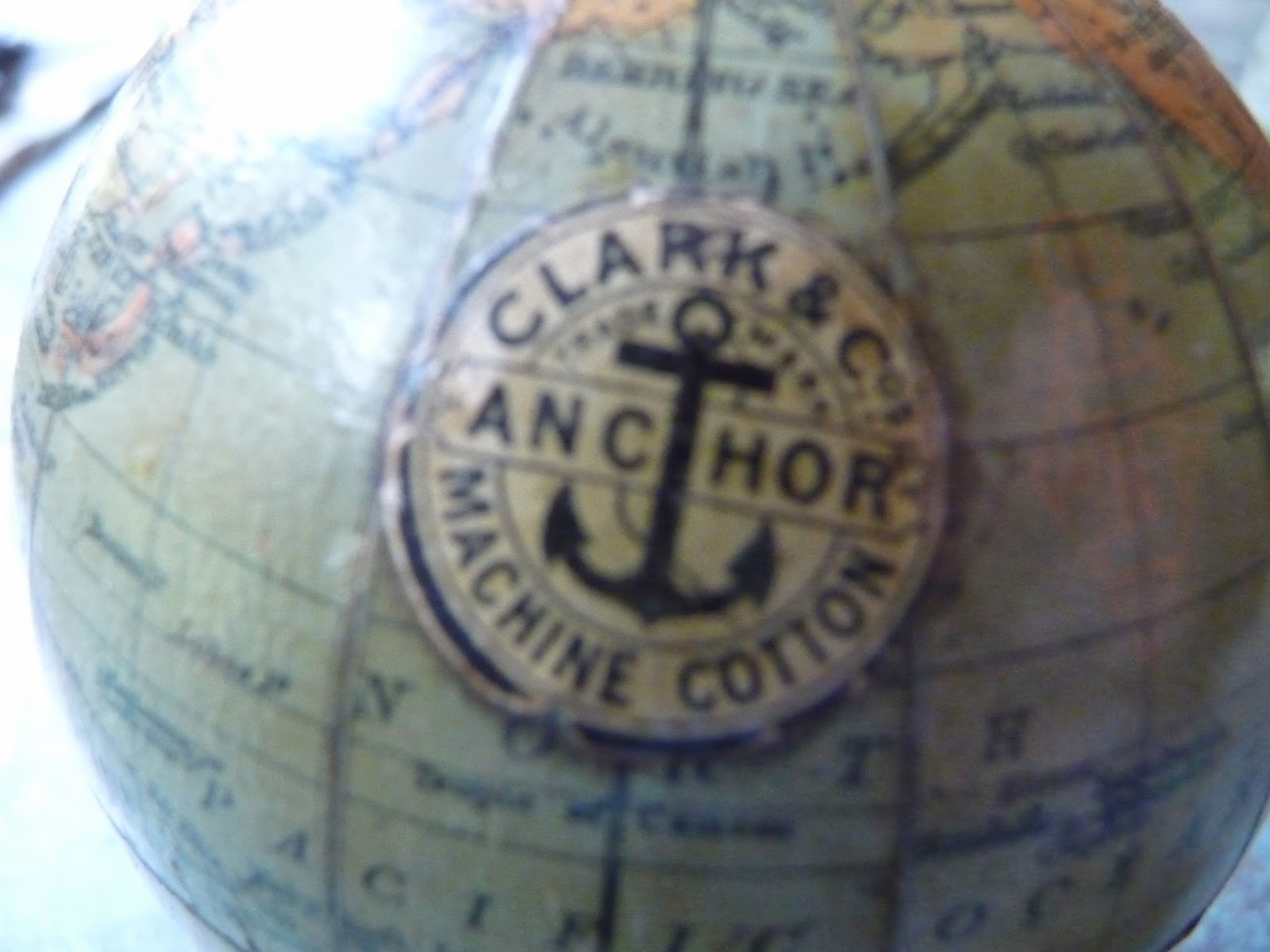 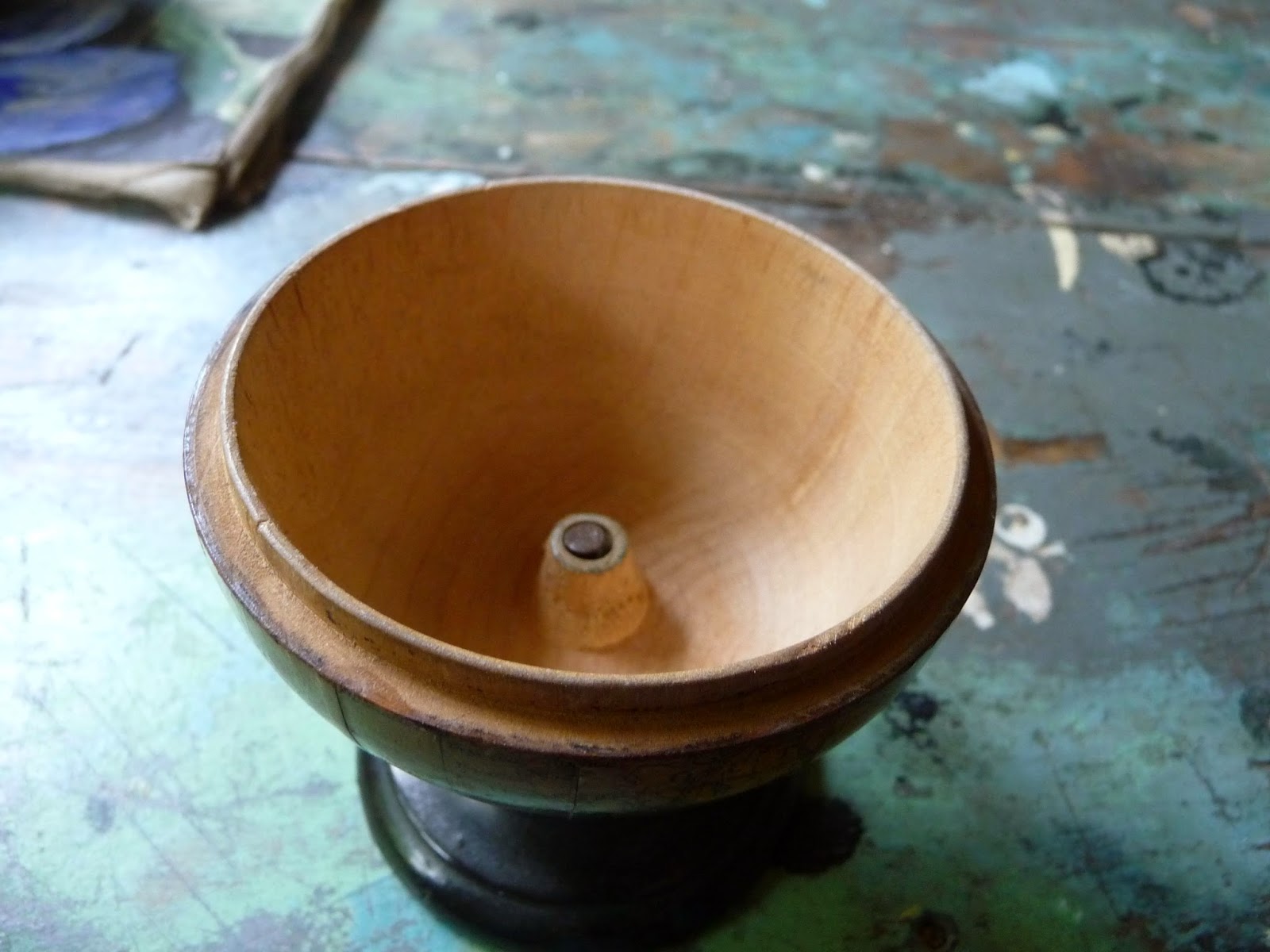 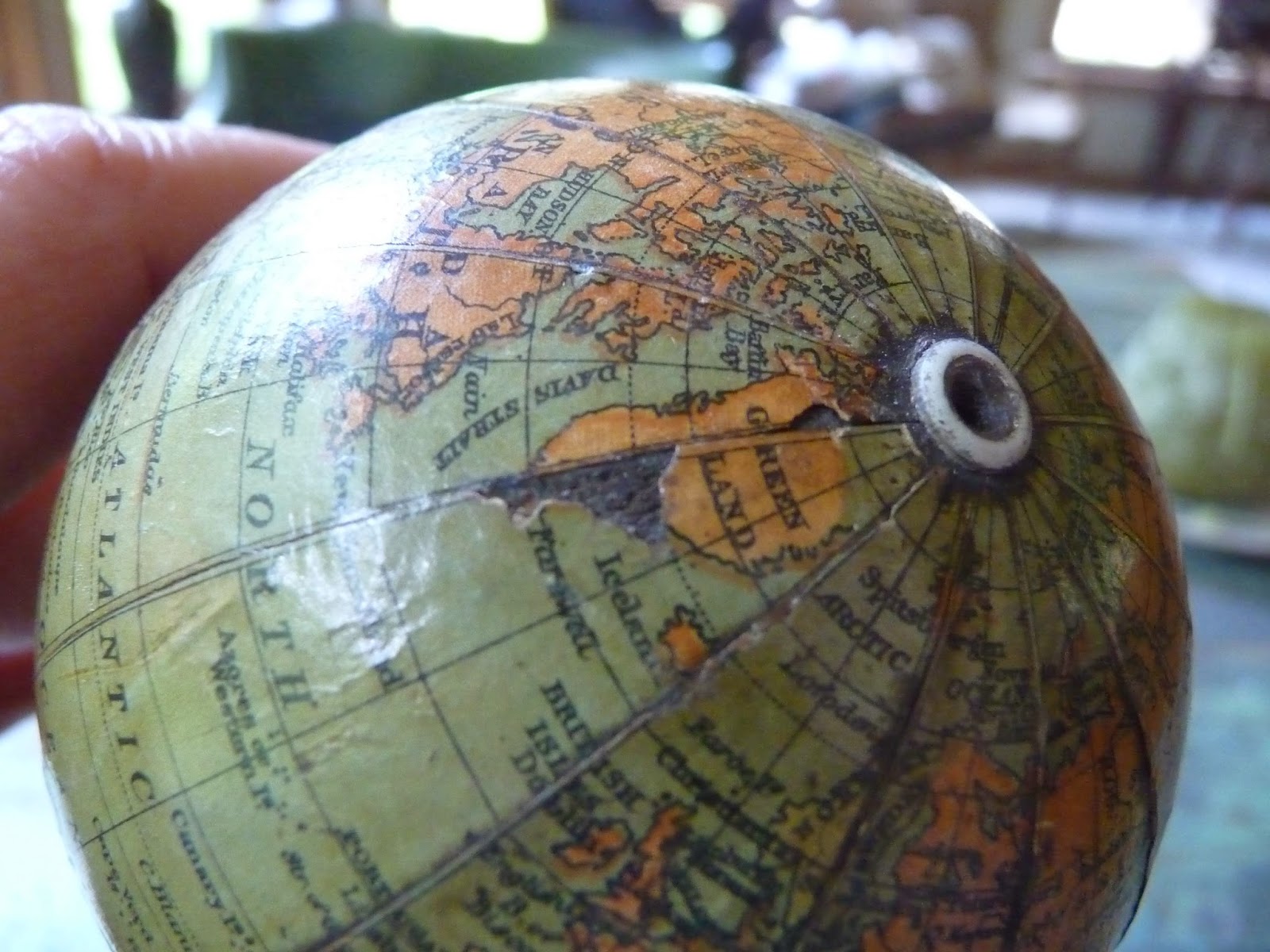 Clarke's thread would have given this little four inch beauty away as a premium.  You would put a spool inside and then pull the thread out of the top and have it on your sewing table.  Probably dates from very early 1900s.

Running through my head as I write this is that catchy Harold Arlen 1930s song, "I've Got The World on a String" that was made so popular by Frank Sinatra.  This is a keeper for now.

Rusalka and Some Vintage Water Nymphs

Dear Husbola and I saw the opera of a lifetime on Sunday.

The Lyric Opera of Chicago performed its premier of the Antonin Dvorak opera Rusalka--an opera written in 1901 and rarely performed until very recently outside of the the Czech lands.  It is performed in Czech and I have no clue how this has escaped western audiences for so long.  We had seen it years ago in the National Theatre in Prague, but never in the USA.

The Lyric's production starred Ana Marie Martinez and Brandon Jovanovich with sets by John Macfarlane.  It is the dark Czech fairy tale of a water nymph who longs to be a human and feel the love of a Prince and break away from her watery bonds.  No spoilers here--trust me to say--this does not end well.  No fooling--this production left us both breathless.

The artistic director of the Lyric is Renee Fleming, the bombshell diva who just so happened to recently be in New York with the Met in her final performance of her signature role of Rusalka.  According to critics, the Chicago performance "kicked butt" over the Met.  If you would like to hear Fleming sign the signature "Song to the Moon" in a concert performance in Prague, click here or cut and paste into your browser. https://www.youtube.com/watch?v=Km1b1yZB5rY
It is about six minutes long and worth every second.

What has this to do with antiques??  I searched around our antique stash, and found a few Czech nymphs of our own. 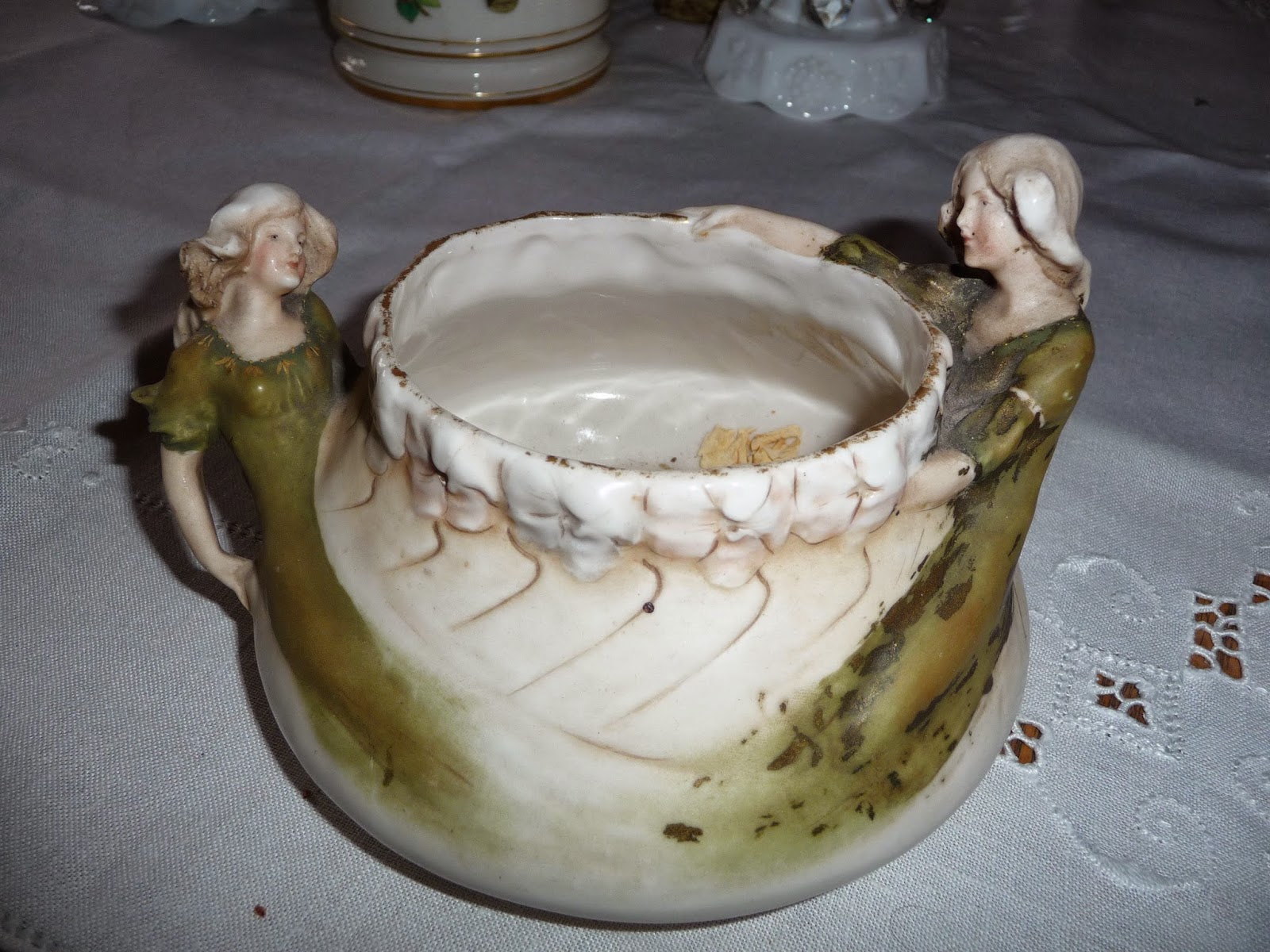 This is a 1900 Czech Royal Dux bowl, complete with nymphs. 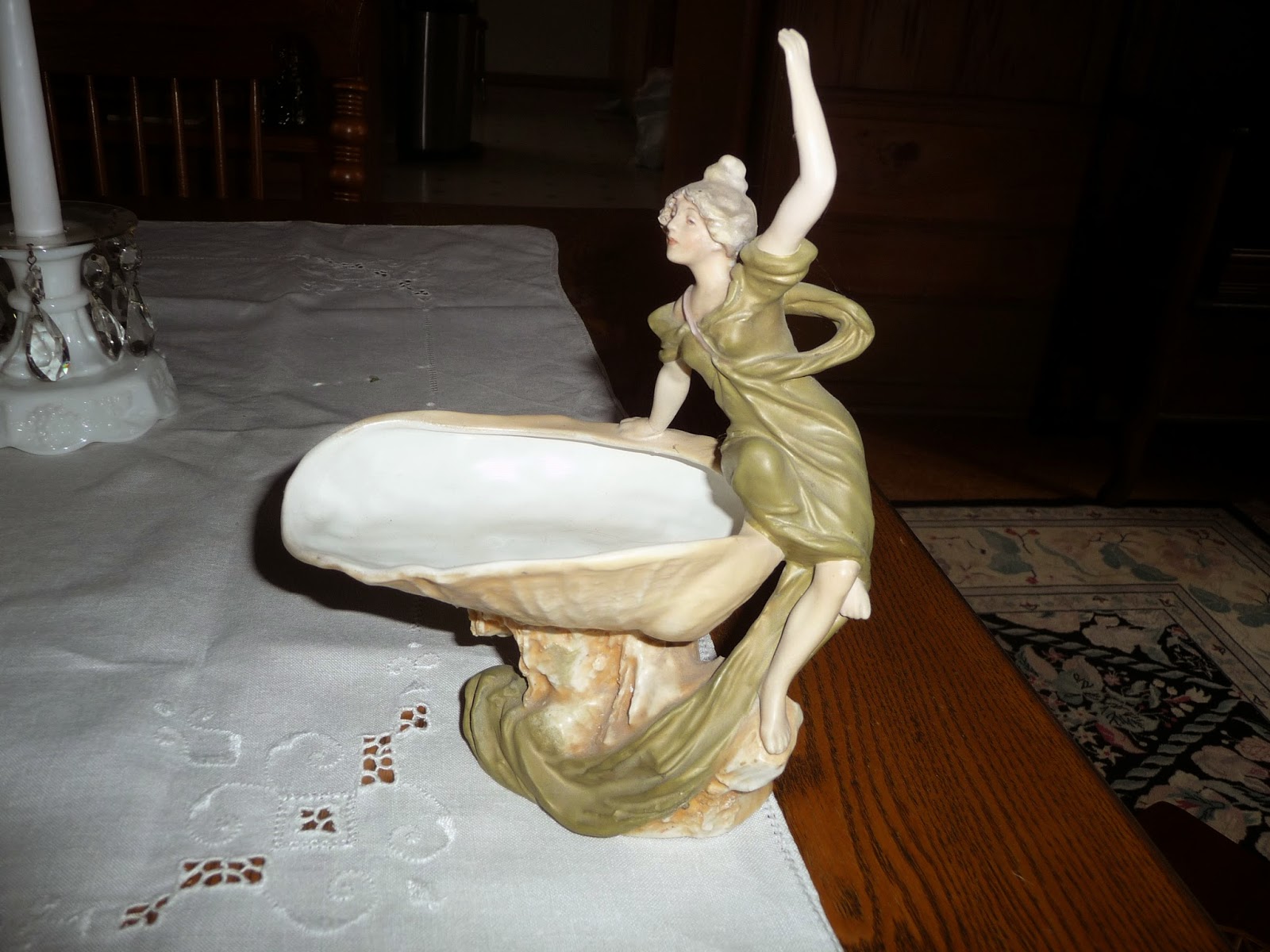 This is another Dux beauty emerging from a watery shell. 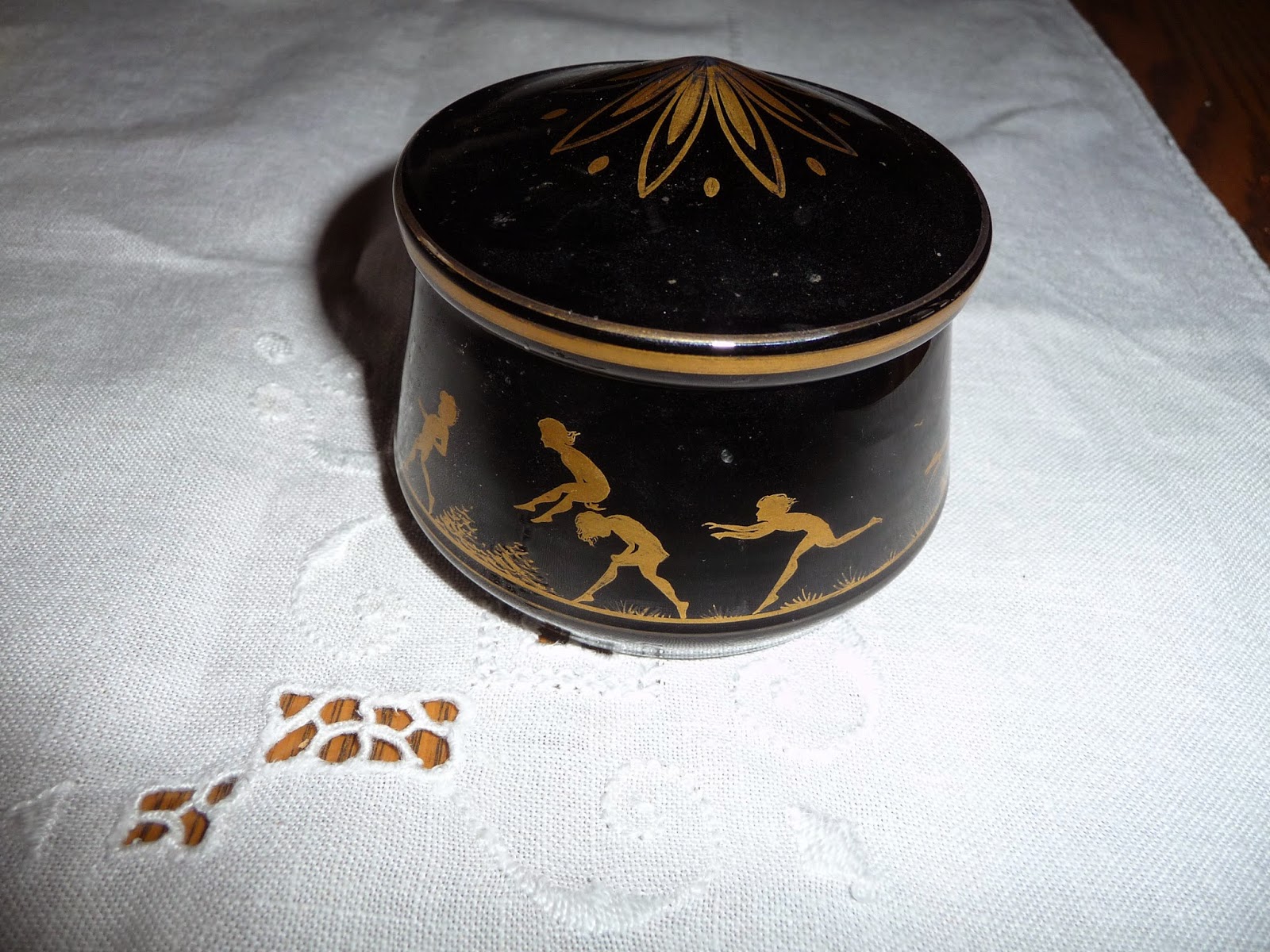 And this is a powder box or doza in Czech, complete with little nymphs frolicking and playing.

As the Brits say, the opera left us gobsmacked.  Not to be confused with Rusalka's water goblin pals.

Dear Husbola and I are just back from an antiques overload extravaganza in central Illinois--we fondly call it our "Twilight Zone" weekend.

I have written before about the non stop shows in Arcola, Tuscola and Arthur that happen twice a year.  They are billed as country and americana antiques--which is not our particular interest or specialty--but we always manage to pick up some interesting things for sale--and occasionally find a treasure to add to our collection.

This is a curious combinations of shows.  What started as one show a dozen years ago has turned into two days and six shows within a 10 mile radius.  Rumor has it that disgruntled dealers who were not "permitted" or "invited back" to Show Number One decided to start their own shows.  What ensued was a several year battle on which show got what dealers and which show opened first and other sixth grade school girl sort of nonsense.  Since this is a busman's holiday for us--we don't get tangled in that--and just make sure we know where to be at what venue.

Jury is still out if the area can support all these shows in the same two days period twice a year.  Our vaunted opinion is that the general quality has suffered--and that dealers have gotten greedy and bumped their prices because they think big money is rolling into town.  That indeed may be the case--but with that money comes seasoned shoppers who know what they are looking at, know a repaint when they see it, and generally know the appropriate prices for what they are looking at.

Americana is a curious decorating scheme.  We like color  and to our eye--you really have to work at putting color into the American look.  I would love to see some country antiques mixed with some mid 20th century art--not just portrait paintings of dour men and woman.

The Twilight Zone means a quirky hotel, BBQ ribs at Pauly's and a trip to Amish owned Beachy's store for homemade pickled beets, horseradish, eggs and a few bottles of Birch Beer for Dear Husbola.  The lack of ginormous piles of snow was a welcome sight--and the brown fields even raised our spirits.  That, a a piece of secret recipe Amish spice cake......

"Summer afternoon, summer afternoon--to me those have always been the two most beautiful words in the English language." Henry ...

Beth K.
Near Chicago with 1000 trees, and several bee hives and too much crabgrass--but never mind.
Dear One and I have been selling antiques in the Midwest since 1989. We enjoy poking around shows, flea markets and auctions to find quirky items to sell. Paintings, unusual furniture and good mid century decorative arts find their way into our shop and to shows. We sell at Odana Antiques in Madison Wisconsin. We do a few shows a year including the Elkhorn Wisconsin Antiques Market I enjoy trying new recipes and am addicted to farmers' markets. You will find us always out and about looking for the unusual decorative items for clients--but not when the Green Bay Packers are playing or there is something interesting going on at church.

Add to the Ranks of My Readers 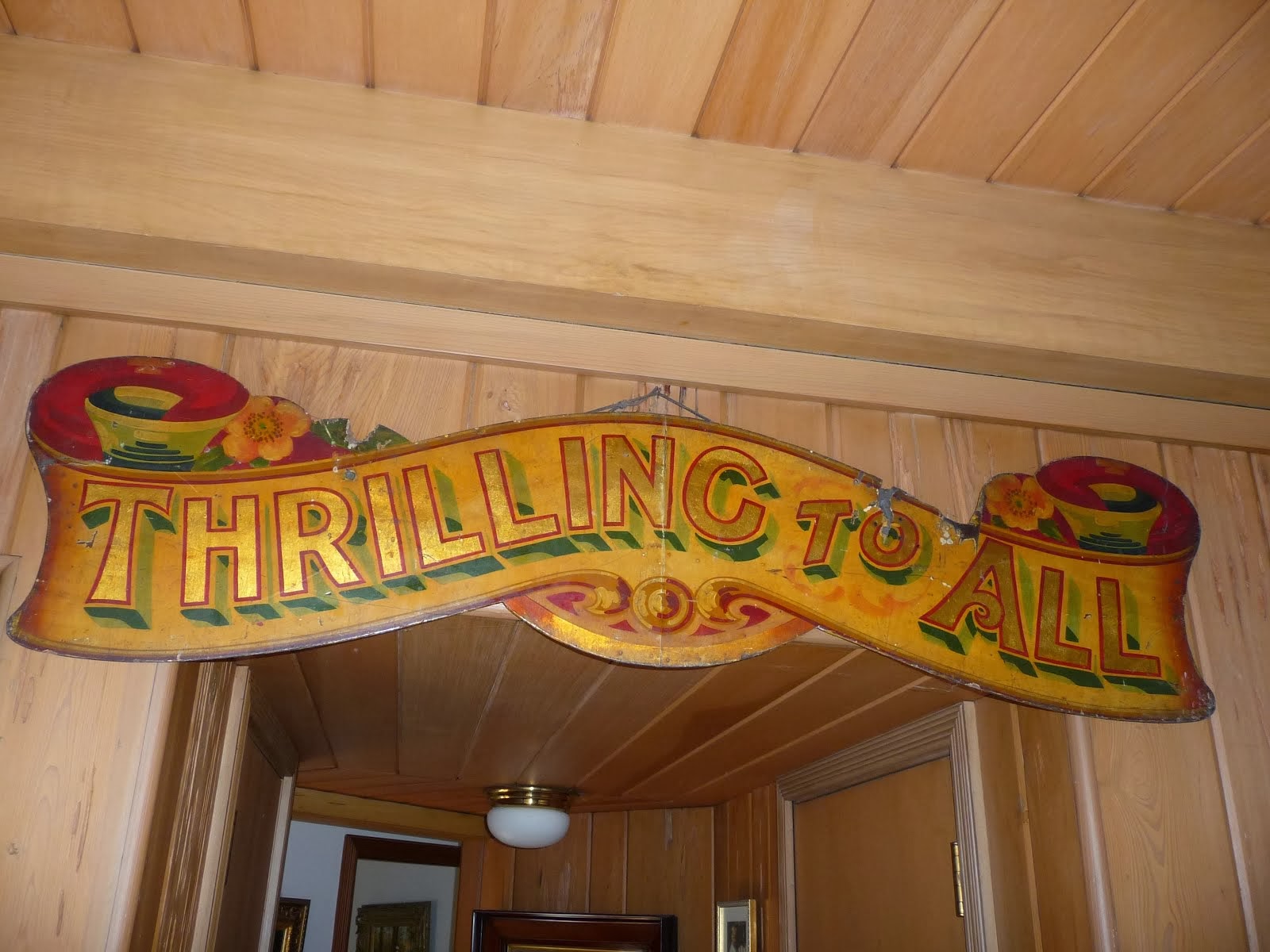 "Earth's crammed with heaven and every common bush afire with God. But only he who sees, takes off his shoes. The rest sit round it and pluck blackberries, and daub their natural faces unaware." Elizabeth Browning

These Blog Postings Can Be Sent to Your Email Address...